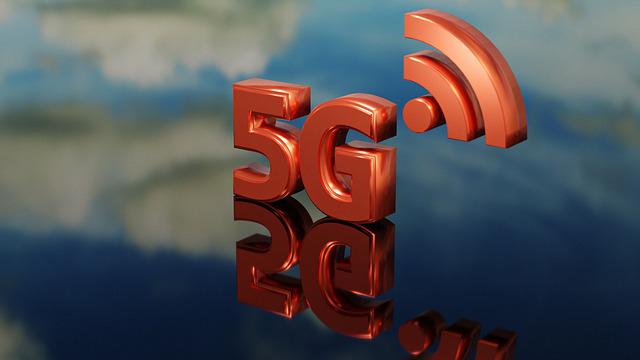 In a few years, 5G will be available nationwide in Germany. The new mobile network is not only faster, but also more energy-efficient and offers a higher bandwidth. In addition, more devices can be online at the same time without losing the connection. But what does that mean for us and our future?

5G is the fifth generation of mobile technology that is currently being developed. 5G is expected to offer higher bandwidth and lower latency than 4G. This means that 5G will be able to support a wide range of applications, including augmented reality (AR), virtual reality (VR), real-time gaming and connected devices.

How does 5G work?

5G is based on the new state-of-the-art LTE-Advanced Pro technology, which enables a maximum data transfer rate of up to 10 gigabits per second (Gbps). Several technologies are used to achieve this high speed, including MIMO (multiple-input multiple-output), OFDM (orthogonal frequency division multiplexing) and beamforming. MIMO allows a mobile device to transmit and receive multiple data streams simultaneously, significantly increasing the data transmission rate. OFDM allows the mobile device to distribute its transmission power over multiple frequency channels, reducing interference and increasing the data transmission rate. Beamforming allows the mobile device to target its transmit power to a specific receiver device, minimising interference and improving transmission quality. The combination of these technologies enables 5G mobile devices to achieve a significantly higher data transmission rate than 4G devices. 5G devices are capable of transmitting data at speeds of up to 10 Gbps – about 100 times faster than 4G. In addition, 5G offers improved latency (the time it takes to send a signal from a transmitter to a receiver), which is optimised for real-time applications such as augmented reality and virtual reality.

What are the challenges?

One of the biggest challenges in implementing 5G is compatibility with existing 4G networks. This is because 5G will initially only be available in some metropolitan areas and major cities. In rural areas, it will probably take a while before 5G will be available nationwide. In addition, the technology is still relatively new and untested and there are no long-term studies on possible health risks yet.

When is widespread rollout expected?

Soon, it won’t just be smartphones with 5G – the fast data transmission rate of clocks, hardwired fibre and millimetre wave wireless will also be able to improve our home network, city transport networks and industrial manufacturing plants. Many network operators are already building their 5G networks and some countries already have sites with full coverage. Experts predict that around 1.2 billion people worldwide will have access to a high-speed 5G network by 2025. In Germany, nationwide roll-out should be completed by 2030.

Is 5G technology already in use?

5G technology is already in use in some cities and the first users can already take advantage of the faster connections. However, the new technology will still need a few years before it will be available nationwide. In Germany, there are already the first test installations in Berlin, Hamburg, Munich and Frankfurt am Main.

The technology brings both advantages and disadvantages. The advantages include faster data transmission, better connectivity in high-traffic areas and the ability to connect more devices to a network. However, 5G technology also poses risks, especially to security. Cybercriminals have already tried to find and exploit vulnerabilities in the new system. Users of 5G devices must therefore be vigilant and carefully protect their devices.