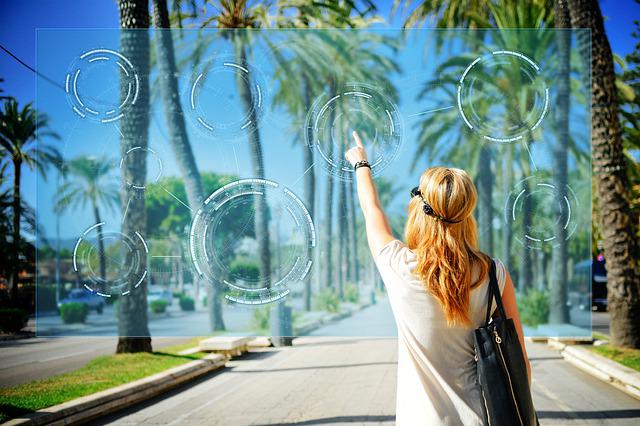 Augmented reality is a technology that adds virtual elements to the perceived environment. AR applications can superimpose information on real objects and thus provide the user with additional information or functions.

What is Augmented Reality?

Augmented Reality (AR) is a technology that makes it possible to integrate virtual objects into the real world. AR makes it possible to obtain information about our surroundings and to interact with them. AR applications are already used today in many areas, for example in medicine, tourism or product development. In the future, however, augmented reality will be even more present in our everyday lives and improve our lives in many ways.

How does Augmented Reality work?

Many people have heard of Augmented Reality, also known as AR, but few know exactly what it is and how it works. AR is a technology that augments the real world with computer-generated images and videos. This combination allows users to get information about the real world around them. The technology can be used in many areas including entertainment, gaming, shopping and navigation.

Augmented reality (AR) is the augmentation of the real world with virtual objects and information. Virtual reality, on the other hand, completely replaces the real environment with a computer-generated world. In contrast to virtual reality, AR does not „switch off“ the outside world, but only extends or enriches it. A well-known example of augmented reality is the game Pokemon Go, in which virtual Pokemons are projected into the real world and you can catch them with your smartphone.

AR technologies are divided into two main categories: Marker-based AR and Markerless AR. Marker-based AR uses a real object as a reference point for displaying the computer-generated elements. Examples of this are QR codes or image markers. Markerless AR, on the other hand, does not use real objects as reference points, but creates a virtual world that is adapted to the user’s environment. Most current AR applications are marker-based because this technology is easier and cheaper to develop.

Where is AR already being used?

AR has arrived in many different areas and is no longer limited to the gaming industry. There are now numerous apps that use AR to offer users an even better experience. Here are a few examples: In the construction industry, AR apps can help visualise and plan projects better. For example, you can see what the finished house or bridge will look like before even one stone has been laid. In medicine, AR can help with the training of doctors and nurses, among other things. By displaying 3D models of the human body, students can learn anatomy and feel better prepared for their exams. Augmented reality is also increasingly being used in the retail sector. For example, customers can try on virtual outfits or integrate furniture into their homes before they order it to make sure they are really satisfied with their purchase afterwards.

AR is already widespread in today’s world and has long since found its way into the entertainment industry. Although the technology is still very young, it is already being used and further developed by large companies. In the future, AR will probably find its way into our everyday lives even more and support us in many areas.